The Art of Numbers

The new museum is not simply a stunning display of how to make an exciting destination out of limited space while keeping its heritage credentials alive. It's a textbook example of how to engage visitors – particularly children – in the wonder of science. Steve Meacham, 'Rutherford's Den, Christchurch: The storage room that Ernest Rutherford used to change the world'. The Sydney Morning Herald, 10 November 2017.

During 2015-16 I led a multi-disciplinary team of designers to curate and redesign the iconic Christchurch museum dedicated to the life and legacy of Lord Ernest Rutherford. Rutherford was New Zealand’s most iconic scientist, a nuclear physicist who led the University of Cambridge Cavendish Laboratory through a time that saw our ideas about the nature of our physical reality utterly transformed. Rutherford is best known for his work in experimentally confirming the nuclear structure of the atom, and later leading the team who first successfully ‘split the atom’.

Christchurch was home for Rutherford in the late 1890s, where he first began experimenting with the potentials of electro-magnetism and wireless communications in a ‘Den’ within the former University of Canterbury. Now home to the Arts Centre of Christchurch, this Den has been maintained for decades as a space for learning and exploration about Rutherford’s life.

The devastation of the Christchurch earthquakes in 2012 and 2013 resulted in substantial damage to the Den, and to the wider Arts Centre as a whole. Through Esem Projects, I was commissioned to lead a Creative, Curatorial and Digital Strategy that sought to reposition Rutherford’s Den as a space that linked historical breakthroughs led by Rutherford to today’s creative digital age.

This successful strategy was followed on by the commission to lead the Curatorial Content and Interpretation Materials on behalf of the Arts Centre. Through Esem Projects, I led all content development, research, interpretation and design. We commissioned digital developers, interior designers, and sound designers to work with us to realise this project.

The new space was launched in August 2016.

You can read more about Rutherford’s Den and the work of Esem Projects over here. 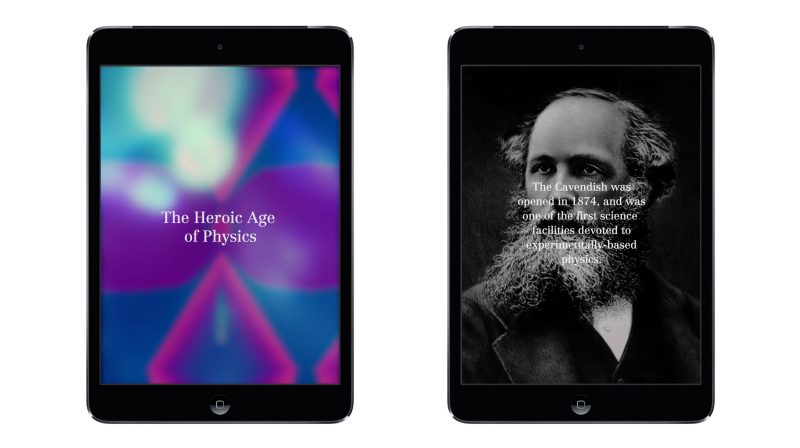